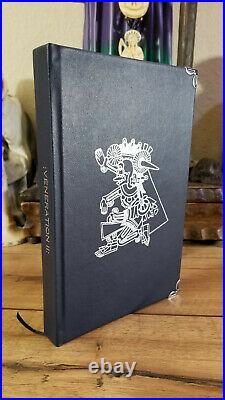 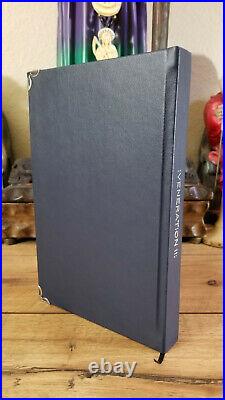 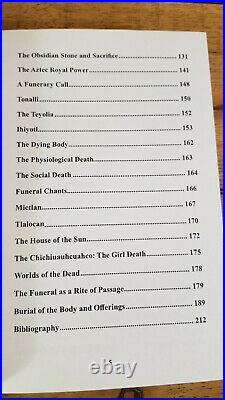 Books have their own destiny. Everything is PACKAGED VERY WELL IN BOXES for protection. PLEASE NOTE: Only the book is being offered - the background items seen in the pictures do not come with the book. Please look at all of the pictures carefully concerning condition before purchasing. Veneration II: The Moon & Ritual Sacrifice of Aztecs by Dr.

Raven Stronghold --- (First Edition - Published by Sirius Limited Esoterica Press in 2020). From the publisher: VENERATION II: The Moon & Ritual Sacrifice of Aztecs Dr Raven Stronghold presents his book: Veneration: The Moon & Ritual Sacrifice of Aztecs, which immerses us in a deep ocean of blood where the moonlight carried out the most bloody Aztec rituals. A profound book that connects us with the powerful deities of death as well as their funerary rites and cannibalism. Veneration: II The Moon & Ritual Sacrifice of Aztecs shows us the cult of the moon of Aztecs and as its strength was developed through its rituals and the use of blood as a magickal nexus to rise the mystical union with their gods. This book takes us on a journey in time where the reader could understand the ritual Mysticism of the Aztecs and their enigmatic power through the human sacrifice as an important element in its magical nature.

Outside the Circles of Time. In these books you will find everything from Sex Magick , Qabala , Gematria , to alien praeter-intelligences who have established communication with magicians, sorcerers, and workers of arcane practices. One of the most popular titles in the Typhonian Trilogies is Nightside of Eden , dealing with the reverse, dark side, of the Tree of Life and its demonic denizens. ALEISTER CROWLEY : The Great Beast, no introduction really needed here. Aleister Crowley is known by occultists and non-occultists.

He wrote numerous books on Magick which are still being republished today. He is also widely known for his role as the head of the O. Also known for establishing the religion of.

The following are short definitions of some of them. The definition of occult simply means hidden or unseen.

Necromancy uses various magical tools and techniques to speak with, communicate with, and call forth the dead. Necromancers usually employ human skulls, bones, and other items of the grave in their dark arts. Books of ritual magic instruction are usually termed grimoires. These grimoires have been around for centuries.

Some teach you how to call up spirits of certain natures, cast spells, curses, make pacts with demons, and much more. Modern grimoires are what you will mainly find we offer. We live in the modern age, therefore, we try to offer grimoires more in sync with today's modern witch, magician, sorcerer or necromancer. The books we offer on voodoo are for the more serious practitioner. Our books on voudou, voudoun, santeria, palo mayombe are written by initiated students. Such as, Michael Bertiaux, David Beth. Nicholaj de Mattos Frisvold, Dr. These books are not geared toward teaching you "voodoo spells" but rather they focus on deep, African-derived spiritual systems. Be sure to keep checking back as we add new books constantly. We offer very select titles for serious occult students and practitioners. Your patronage is very appreciated!

The item "1st Ed, VENERATION 2 THE MOON & RITUAL SACRIFICE OF AZTECS, Stronghold Occult" is in sale since Thursday, May 13, 2021. This item is in the category "Books & Magazines\Antiquarian & Collectible".