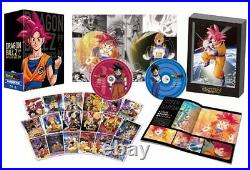 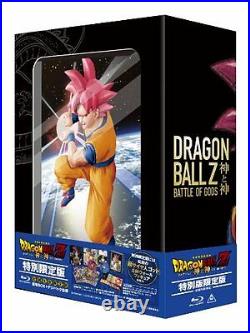 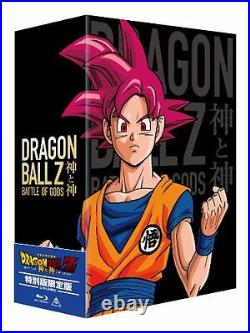 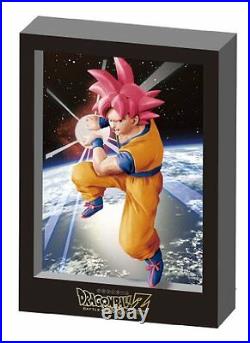 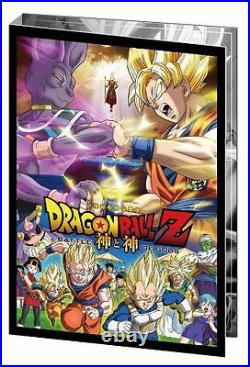 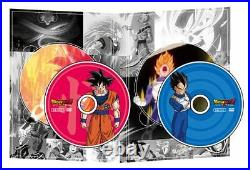 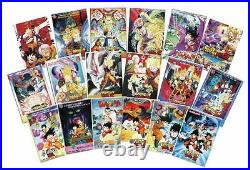 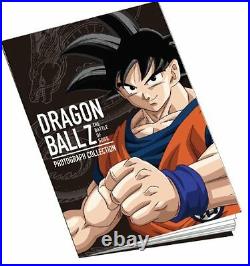 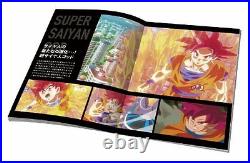 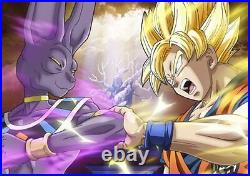 Game [Description] 1984, the weekly "Shonen Jump" explained kept running the top for more than 10 years from the series start at the unnecessary of the legendary comic "Dragon Ball". Charming its popularity that has built an era in the characters and flashy battle action does not know that the decline even now that 17 years from the series end has passed, not a real-time generation of many fans. In addition, proud of the tremendous popularity overseas, sales of the book, the full version more than 230 million parts in all the world, and continues to enthusiastic people to jump over lightly the walls of the generation-world.

And 2013, "Dragon Ball" is revived in a completely original story! Revived in the all-star cast" real "of" Dragon Ball "In addition, in this historic project, Akira Toriyama of authorship" Original Story characters enter one's name as a design ". Is the is drawn, the story of a few years later from fierce battle with Majin Buu bet the fate of the entire universe. And I heard the Saiyan of rumors that God-Builth of destruction to keep the balance of the whole universe has defeated the long sleep had awakened from! Freezer, come to Goku of the original Wills.

Goku to be excited before a formidable enemy that appeared after a long time, although defying battle to Builth to ignore advice of Sakaio, also resulting in lost without out even foot hand before its overwhelming power. Whether the good and there is a guy with more destruction the city is in the earth...

Builth went left the place, leaving an eerie words... Really Goku we can to stop the God of destruction! Downy zeta, Gohan et al familiar Z of warriors of the battle can be seen, of course, nostalgia of "that" such as character appeared, birth! New "Dragon Ball" is here in the drawn is "real" in the all-star cast of Toriyama world full Do not miss the beginning of Do "Dragon Ball legend" never!

[story] freezer, cell, Majin Buu. It exists to transcend all had.

After a few years from fierce battle with Majin Buu bet the fate of the universe - was trying to Otozureyo again crisis to a peaceful earth... In this world if put God to create the stars and life, even God to destroy are...

To awakening of Wills that try and as long as the destruction God, Builth of destruction to keep the balance of the whole universe is sometimes awake I was! Annoying from a long sleep, Sakaio let alone, up to Sakaio God also it had been scared. And heard the Saiyan rumors defeated the freezer, Builth and Uisu came to Goku of the original you are in Sakaio star. Goku to be excited before a formidable enemy that appeared after a long time, although defying battle to Builth to ignore the advice of Sakaio, also it had lost to not leave even foot hand before the overwhelming power!

Voltage is 100V (50/60Hz) / Plug is Type-A. Region code is DVD: Region 2 / Blu-ray: Region A. If Lithium-Ion battery is included in products, we will install it into the device for safety regulation of carriers. If you have allergies, please check ingredients and ask us before your order.

We will NOT guarantee nor pay for all sickness of allergies caused through usage of products. We accept return request within 30 days after you place an order. International Buyers - Please Note.

We do not mark merchandise values below value or mark items as "gifts" - US and International government regulations prohibit such behavior. It is buyers responsibility for assuring that products can be lawfully imported to the destination country.

Buyers must comply with all the laws and regulations of the destination country. We could NOT take any liabilities nor responsibilities for injury, sickness, and all the other inconveniences caused through usage of products.

The item "Dragon Ball Z Battle of Gods Blu-ray Special First Limited Edition Movie 2013" is in sale since Thursday, January 14, 2016. This item is in the category "Movies & TV\DVDs & Blu-ray Discs". The seller is "koji1101" and is located in NAGANO. This item can be shipped worldwide.