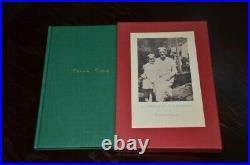 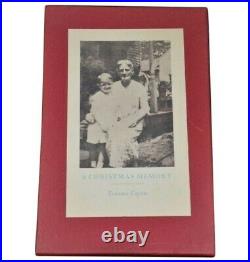 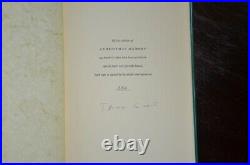 It first showed up as a stand-alone book in 1966. The story was actually adapted into tv specials, theatre and even opera. This rare book is a limited, numbered, autographed edition #382 signed by Truman Capote. Only 600 copies were printed. The slipcase was designed by George Salter.

George Salter, born Georg Salter, was an originally German, and from 1940 onwards US-American book cover designer. He revolutionized cover design for books. The book is dedicated to Catherine Woods, an English teacher at Greenwich High School in Connecticut, with being the first person to recognize Capote's writing talent and to give him guidance. With her encouragement he wrote poems and stories for the school paper, The Green Witch. He did not complete high school and had no further formal education. This book is in fine condition..... The book has its original Mylar cover and its slipcase. New York: Random House, 1966. This item is in the category "Books & Magazines\Antiquarian & Collectible". The seller is "klcollection2012" and is located in this country: US. This item can be shipped to United States.